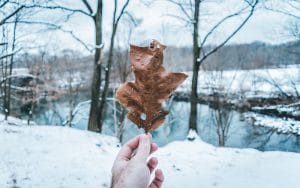 In the Fall of 2017, Olney Culture Lab was invited by Tookany/Tacony–Frankford (TTF) Watershed Partnership to collaborate on a two-year project using arts and culture to highlight the local treasure that is Tacony Creek Park. As a section of Tacony Creek Parks runs adjacent to the eastern border of the Olney neighborhood and the park acts as a resource for residents, the prospect of working together to elevate the park’s status was meaningful and exciting.

First, we began by collecting oral histories from residents, former and present, whose voices bring to life the different ways people have related to Tacony Creek Park over the years. Their stories were recorded in audio files, transcribed, and archived in the Manor College Library website. has also published blogs based on these interviews, allowing readers to gain a deeper understanding of the park and the creek over time:

While the oral histories were being collected, Olney Culture Lab and TTF came together to launch a fun photo contest that called on the public to grab their cameras and head to Tacony Creek Park. We were interested in providing an incentive for professional and amateur photographers to explore the park and capture stills of nature, recreation, and wildlife. In the end, the contest received 56 submissions from 14 photographers, many of which were first-time contacts for TTF. The contest winners were celebrated at the 2019 Watershed Milestones Award Ceremony & Reception on May 15 and the top photos were displayed. See all the photo submissions here.

The third phase of the project entailed working with local artists and inviting them to “lean in” to Tacony Creek Park. This meant being inspired by the park to create music, poetry, and dance. Each of the four artists created two works that illuminated their experience with the park: 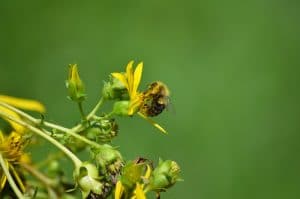 As the partnership between our two organizations comes to an end, we are left feeling inspired by all that the park offers and the passion of the team at TTF who advocates for its future. Olney Culture Lab will continue collaborating with TTF with support from the Joseph Robert Foundation and the William Penn Foundation, a champion of the Olney Embrace Project in 2020.

The Olney Embrace Project is a year-long project that envisions artists immersing themselves in the “bookends” of the multi-ethnic Olney neighborhood, fostering dialogue around cultural diversity and urban environmentalism; and creating new artistic work inspired by those themes with contributions by residents and local partners. We aim to wrap our arms, east and west, around Olney in an “Olney Embrace.” The bookends of the Olney neighborhood are North 5th Street, on the west, and Tacony Creek Park, on the east.

We are grateful to TTF for the opportunity to rally the cultural community around Tacony Creek Park, an urban oasis of natural space that sometimes goes under-appreciated. Many thanks go to the Joseph Robert Foundation for supporting the first two years of this wonderful collaboration. We look forward to seeing you in 2020 at the park!